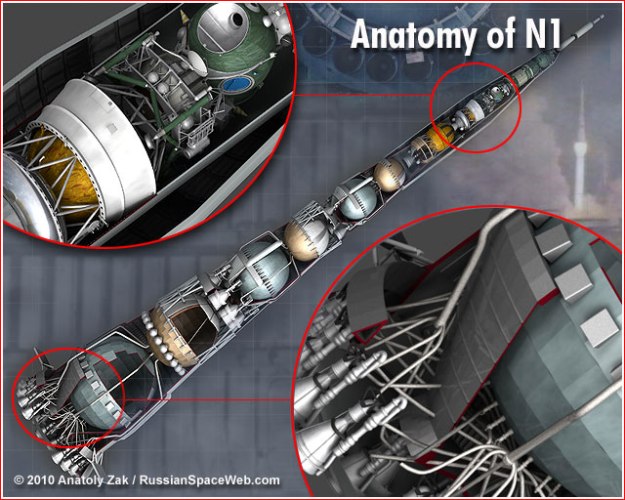 Almost 50 years ago, one of the greatest breakthroughs in the history of space exploration happened: the world first artificial satellite, Sputnik 1, was launched  onboard of a 8K71rocket. This triggered one of the greatest confrontations between capitalism and communism on the Cold War: The Space Race a.k.a.: The Moon Race. They both tried to land a man to the Moon and get him back safely to Earth. Although the US achieved it first and are still the only country to ever send people to another celestial body, the Soviets worked very hard to do the same and in the beginning of the 1960s decade almos everybody thought they would reach the Moon before them. The fact that they didn’t reach the Moon somehow shades all the things they achieved from 1957 to 1969. You may be familiar with Neil Armstrong’s “small step for men” or the Saturn V rocket, but not with Yuri Gagarin’s “let’s preserve this planet” or the N1 rocket (which was even more powerful than the Saturn V). This is a history of the forgotten Space Race, the failed one, from the first ever orbital flight to the most powerful non-nuclear explosion caused by a manmade object.